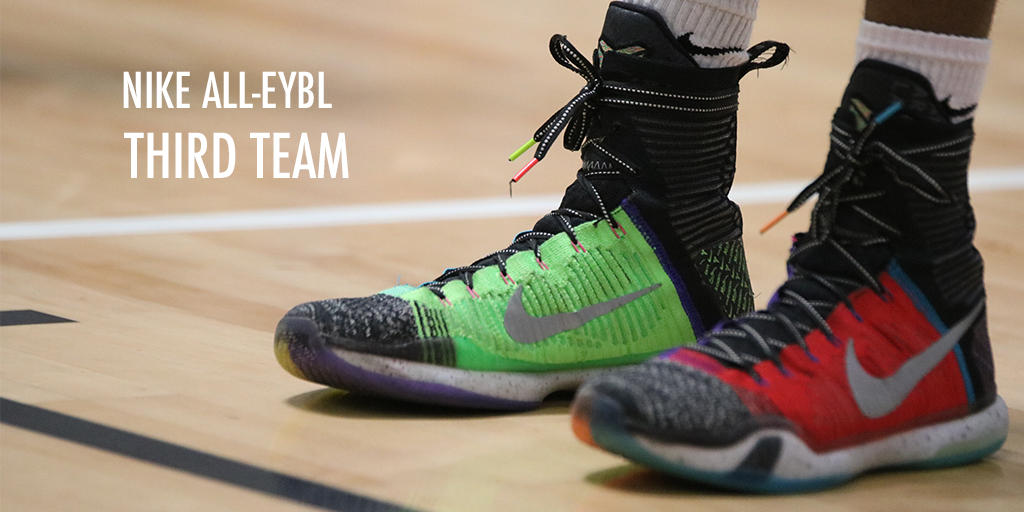 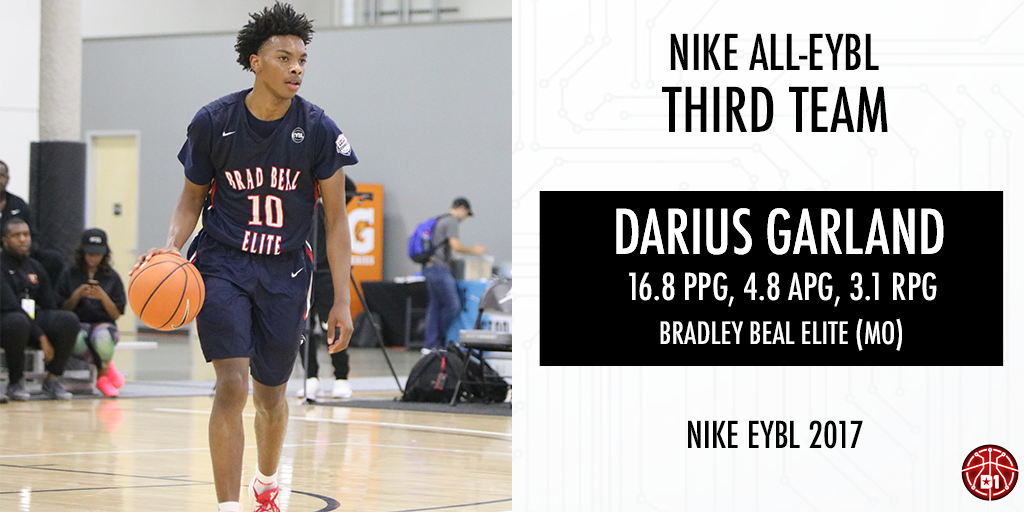 Darius Garland came into the spring with a massive target on his back, being the top-ranked point guard in the class of 2018. Not only did Garland prove his status as such, he did so while somehow staying relatively low-profile much of the regular season. Bradley Beal Elite (MO) is one of the top teams in the nation, and after winning eight straight, and there is no question they would not be in that position without this young man. With an even better jumper from a year ago, Garland’s greatest tools of basketball IQ and court vision shone brighter than ever before on his way to a scarily consistent spring. Garland will be one of the most seasoned players in North Augusta, and we expect him to continue his success. 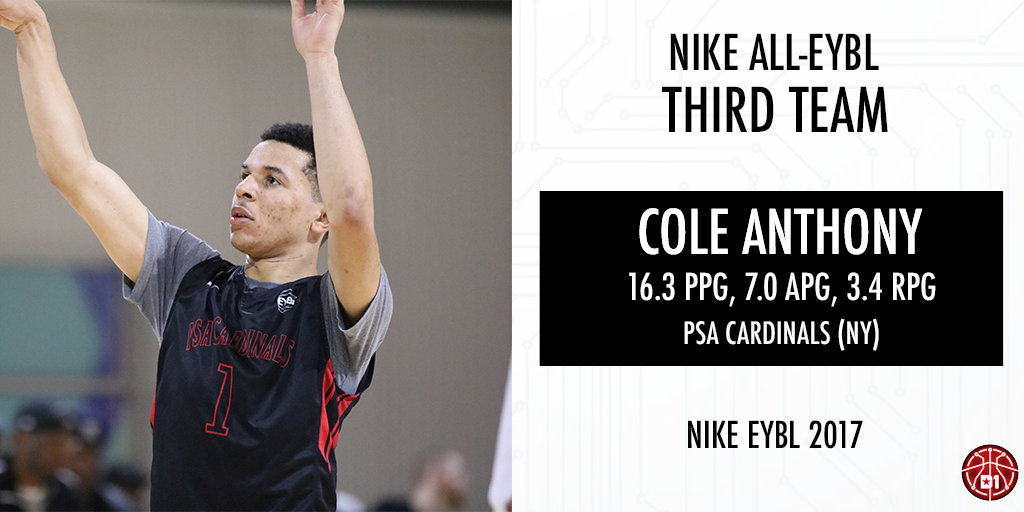 The PSA Cardinals have a habit of retooling and moving forward as if nothing had changed, so it should come as no surprise that a year after playing four ESPN 100 prospects every game, they find themselves in a similar position to last July. The key mainstay? Cole Anthony, who is not only PSA’s best player on both ends of the floor, he is their vocal and emotional leader. The subject of several of this year’s top dunks, Anthony has done a spectacular job adjusting to his new role playing on the ball, and he remains the EYBL’s best on-ball defender in the backcourt until someone proves otherwise. PSA is going to be a tough out come July, and Anthony will be a huge reason why. 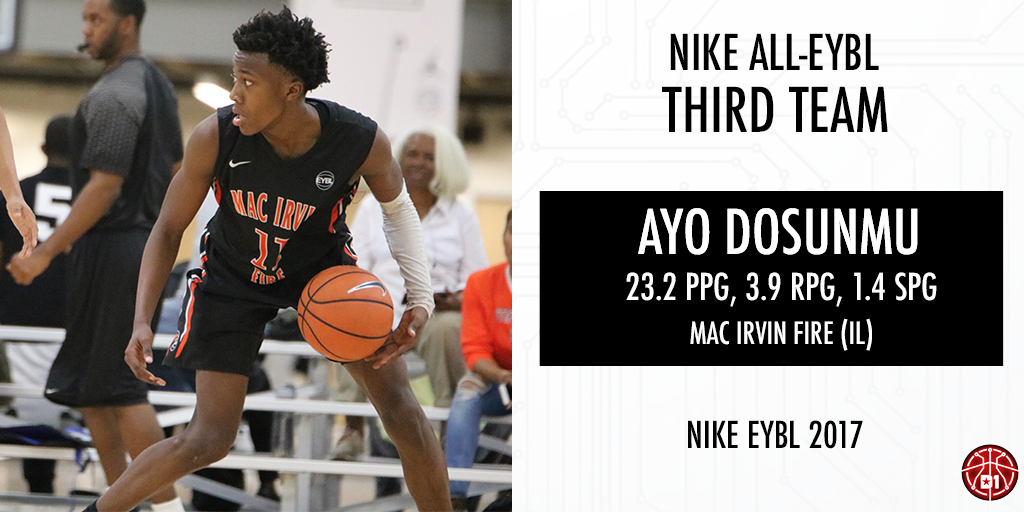 Though the Mac Irvin Fire (IL) has seen better years on the circuit, they remain a stable for fantastic lead guards and Ayp Dosunmu kept that tradition alive in a big way in 2017. Capable of catching fire at the drop of a hat, Dosunmu had a half dozen of the finest scoring performances by anyone this season, and he did so while shooting at an efficient clip, proving he’s so much more than a volume scorer. With some more size around him, the Fire may have had a different draw this year, but the dynamite guard did the most with what he had and it was beautiful to behold. 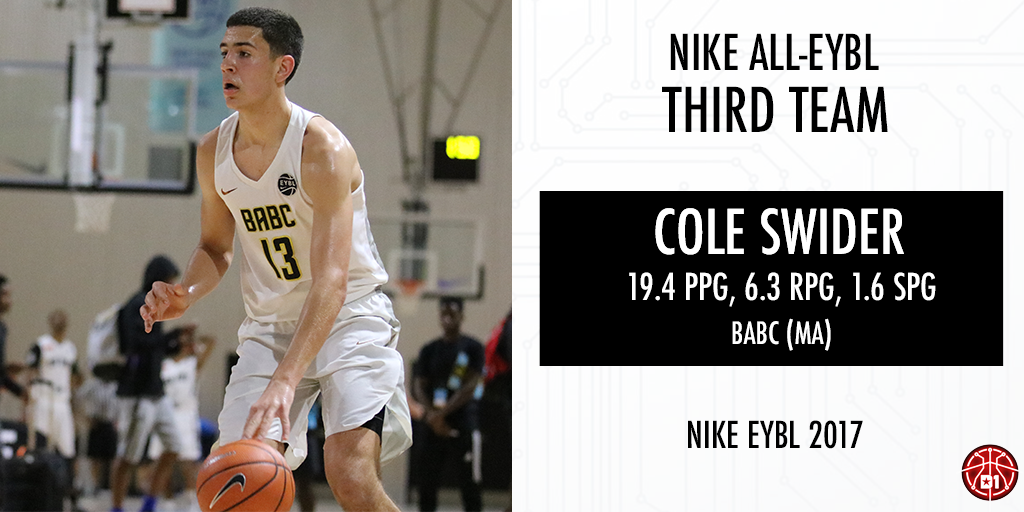 A player who not only buys into the BABC team concept but thrives within it, Cole Swider used his years of playing in the system to have himself quite the productive spring. Swider excels at multiple areas on the offensive end, but his bread and butter is his shooting stroke. Lucky for BABC, Swider has developed into such a talented scorer, and when he was needed, he answered the bell each time; just look at his 37-point performance against Team Takeover. After a roller-coaster regular season in the win-loss column, look for Swider to put his 10-6 squad on his back come July. 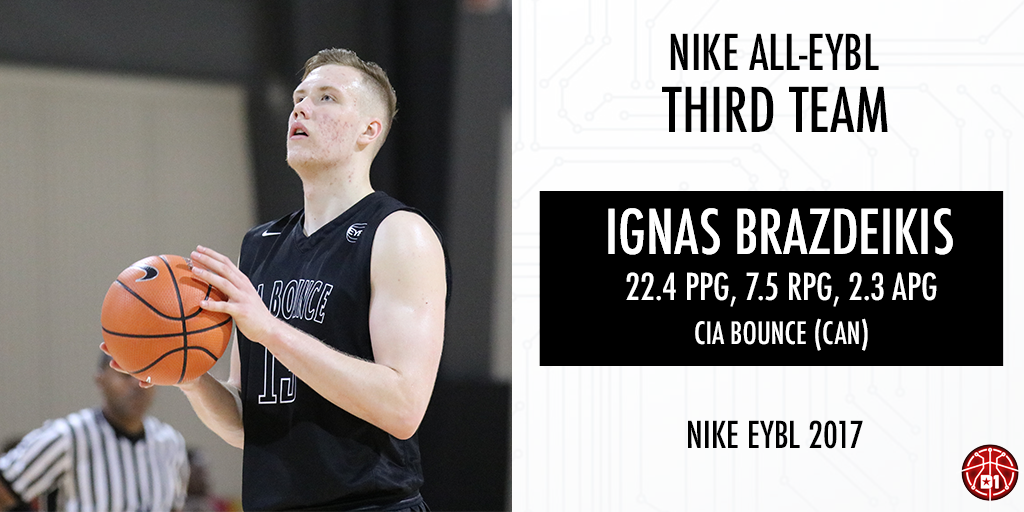 Ignas Brazdeikis stepped into the spotlight last season, starring alongside Simi Shittu in a very talented and versatile frontcourt. Brazdeikis found himself firmly entrenched in the gameplan again in 2017, stepping up to the challenge to show off an elite skill-set on the offensive side of the ball. Possessing excellent scoring skills and a quick release from behind-the-arc, the 6-foot-8 Brazdeikis was downright unstoppable during a few scoring outbursts, including a 40+ point performance in the season’s second weekend. Expect more big things from this young man the rest of the summer, while making CIA Bounce into a serious contender.