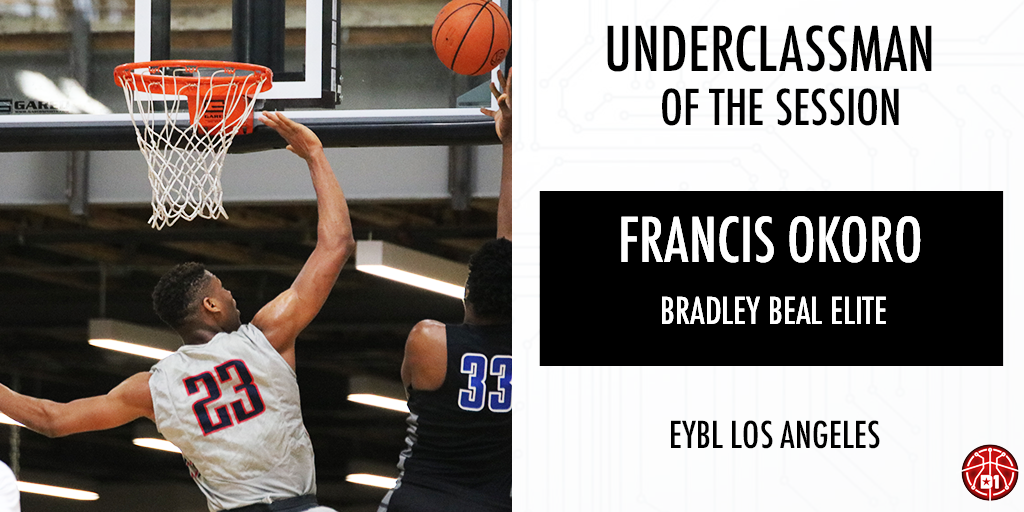 Through three sessions, flashes were shown.

In session four, Francis Okoro put it all together.

It was only a matter of time for the Bradley Beal Elite big man, who enjoyed four-game averages of 11.0 points, 12.3 rebounds and 2.3 blocks while shooting 17-for-29 from the floor.

It's not often than an underclassmen enjoys the type of success that Okoro had in Los Angeles. He seemed to be everywhere defensively and runs the floor like a gazelle, two traits of his game that are further along than most recruits his age.

The 6-foot-10 versatile forward has only gotten better as he plays more basketball, and he's stepped up big time in the wake of James Wiseman's departure to Team Penny.

Okoro is one of the best interior defenders on the circuit, and is a major cog in BBE's defensive attack. He disrupts twice as many shots as he blocks, and is one of the more polished rebounders in the country.

You don't win eight straight games in the EYBL without a big man like Okoro, and if he continues to evolve his game through June, BBE may be stocked with the best sophomore center at Peach Jam.