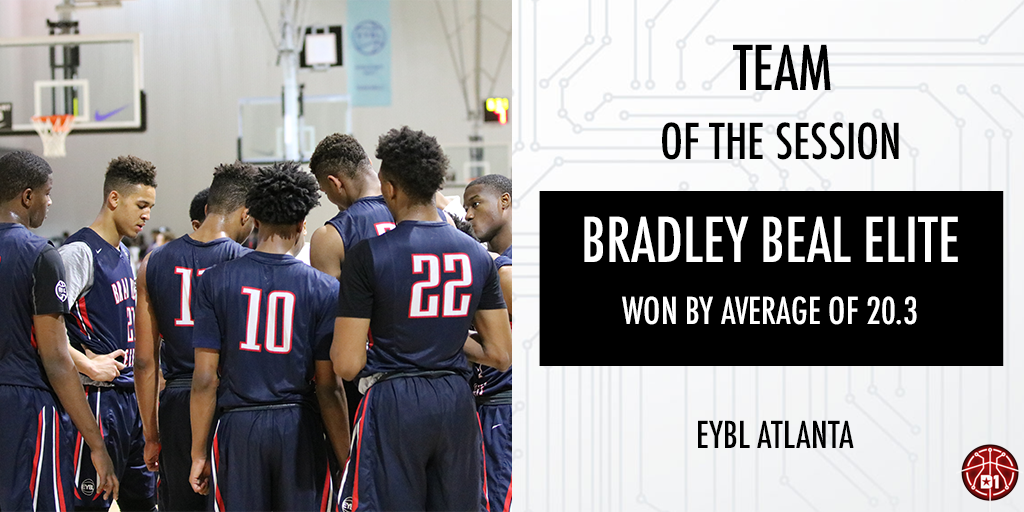 They left as arguably the most confident team on the circuit heading into the final session.

Darius Garland has done a tremendous job leading this tightly-knit group, one that found it's stride in Atlanta. BBE led EYBL Atlanta in average margin of victory, blowing out four opponents by an average of 20.3 points per game.

Sophomore EJ Liddell moved up to 17U in Atlanta, and proved to be a valuable contributor. The 6-foot-7 bruiser averaged 9.8 points, 2.0 rebounds and 1.5 blocks in four games, and he'll figures to improve on those numbers when Wiseman returns.

Six players combine to average between 5.6 and 9.0 points per game, highlighting the extreme depth of head coach Corey Frazier's BBE Eagles. Sophomore Francis Okoro (8.2 PPG, 8.7 RPG) is quietly turning into one of the most productive bigs in the league.

Garland (17.0 PPG, 4.9 APG, 3.0 RPG, 1.1 SPG) is BBE's heart and soul, and has remained incredibly consistent through 12 games. If he continues to produce, you're looking at one of the primary contenders for the Peach Jam crown in July.