EYBL comes to our stomping grounds for Memorial Day weekend 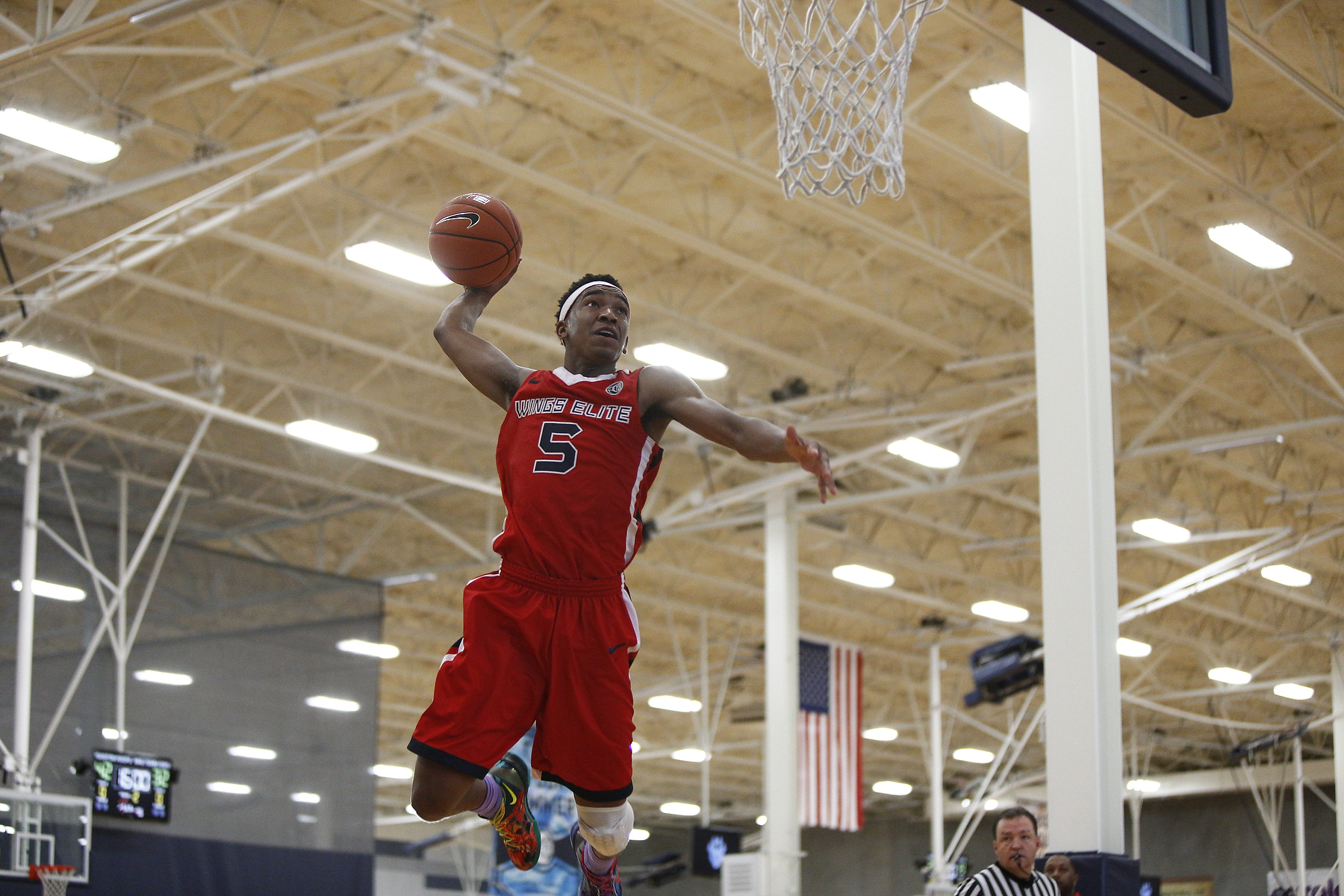 Elite Youth Basketball's final stop is in Minneapolis. The final three-day weekend will decide the fate of all 40 EYBL programs. The goal is the Peach Jam, and the only thing standing in the way of reaching that glory is four matchups in the Twin Cities. The third session in as many weekends, EYBL Minneapolis will test the heart and grit of each and every squad attending.

The hottest team in the EYBL is Jimmy Salmon's squad from Paterson, New Jersey. Riding a two-session, eight-game win streak is highly impressive, and their margin of victory hasn't been close. Playaz Club has won each of their last eight games by at least 9+ points, winning by an average of 16.6 points. All four Minneapolis opponents sport a .500 record or better, so we should see the Playaz tested this weekend.

Not sure anyone predicted Wes Swift's squad to go unbeaten in Hampton. Due to injuries on their frontline, the tallest player left standing is 6-foot-7 swingman Melvin Frazier. The Wings have adapted nicely, leaning on an impressive guard attack led by sophomore Malik Monk. Marquise Pointer, Marlon Hunter and Jamario Bell form a three-headed support team. As long as Monk is healthy and consistent, the Wings will be competitive with every team in the league.

The hometown Panthers have a big weekend ahead of them. Just missing out on our most recent D1 Power 10, Pulley is coming off of a 21-point thrashing of No. 1 Team Final in Hampton. They seem to have all of the puzzle pieces, and they will look to show out in front of their home crowd. They haven't clinched yet, but two victories over the weekend should be all the Panthers need to punch their Peach Jam ticket.

Lets be serious, Trier will be on this list in every session. If you are going to the Minneapolis session, make sure you take in an Athletes First game. The 6-foot- scoring guard is averaging a league-high 28.5 points per game, which would be an EYBL-record if he keeps it up.

Newman has a big task ahead of him this weekend. Jackson sits squarely on the Peach Jam bubble, and will need a big showing from their star guard to rack up a couple victories. He is right behind Trier for the scoring lead, and there may not be a more explosive player in the entire country. If you stop by the High Performance Academy in Eagan, watch him play. You will not regret it.

Pulley's sophomore guard has come on strong of late, adapting to the physical rigors of the EYBL. Against the guard-laden Jackson Tigers, Coffey went to the free throw line 11 times. The Panthers will need Coffey to employ the same type of aggressiveness this weekend. Pulley features six guards that produce consistently, but they will take their game to the next level if Coffey looks to score more - the lefty is shooting 57.4% from the field.

Diagne is one of the most unsung players in the league, and he may be the most important on his team. The 6-foot-9 athletic shot blocker is the lone big man for a guard-oriented Playaz squad. Diagne will choose between Syracuse and Memphis on May 30th, but beforehand his focus is on helping the Playaz extend their win streak. He has improved every session, and we expect to see him at his best against a substantial upgrade in competition.

Jalen Brunson is smooth. If you're in Minneapolis, watch #1 in the Mac Irvin Fire jersey. There are only a handful of players on the circuit that are as complete as Brunson, and he will be the reason Mac Irvin qualifies for Peach Jam. WIth their backs against the wall, we expect Brunson to be locked in. The Fire are one of three teams to play five games this weekend, so hopefully Brunson has some extra gas in his tank - we think he will.

Isaiah Briscoe | Playaz Club - Took home session two MVP, a sure-fire candidate to win the award in Minneapolis. Stuffs the stat sheet in more ways than any other player on the circuit.

Eric Davis | The Family - If you like scorers, check out Eric Davis. Combo guard scores from anywhere on the court, will be pivotal to The Family's session four success.

Prince Ali | Southern Stampede - The third leading scorer in the EYBL, the UConn-commit will need to have his scoring shoes on. Two wins, and the Stampede are likely a Peach Jam lock.

Haanif Cheatham | Nike Team Florida - The definition of a combo-guard, presents a challenge for all opposing defenses. Can get to the rack, beat you in the mid-range and light you up from downtown. His stock is rising, make sure and catch a peak in Minneapolis.

Henry Ellenson | Playground Elite - Scouts are in love him with. One of the only true "stretch-fours" on the circuit, Ellenson proved his worth against Rabb & Zimmerman in Hampton. Will be playing close to home (Rice Lake, WI), make sure you see what all of the hype is about.

Caleb Swanigan | Spiece Indy Heat - One of the most physically-imposing presences in the EYBL. The league's leading rebounder teams with Deyonta Davis' to make one of the top frontcourts in the league.

Ivan Rabb | Oakland Soldiers - The 6-foot-10 big man is incredibly skilled. Will need to step up in a big way to get the Soldiers qualified for Peach Jam. Arguably the top big man in 2015, catch a peak if you're in Eagan.

Tyler Lydon | The City Rocks - The Syracuse-commit is the definition of versatile. Look for him to be back at full strength (ankle) and make a push for a City Rocks Peach Jam berth.

Cheick Diallo | Team SCAN - The most-talented shot-blocker in the league, Diallo has upped his offensive output. He's made giant strides in his game, he leads centers in scoring at 18.5 points per game.

It's a battle of east coast powers when Team Final and Team SCAN go at it on Saturday morning in Minneapolis. These two teams play to each other's weaknesses pretty well. Team Final has a stacked backcourt with Malachi Richardson, Levan Alston Jr., Lamar Kimble and more. But their front court is a tad undersized. Meanwhile, Team SCAN owns the paint with Cheick Diallo and Thomas Bryant but their backcourt has been a mixed bag to this point in the season. Which one will crack first?

Teams have been trying their best to slow down Malik Monk but that's no easy task. Perhaps Texas Titans will have the answer. They've held opponents to 60 points per contest so far and have the length and athleticism on the perimeter to force Monk into some difficult looks. But it's not just Monk you have to worry about. The 9-3 Wings Elite have found other options including Marlon Hunter Jr. and Melvin Frazier when Monk gets bogged down.

Our stance on Team Penny hasn't changed a bit since the start of the season. Their without a doubt one of the most talented squads on the circuit but the up-and-coming Oakland Soldiers are going to stand in their way. The Soldiers had a slow start to the season but have won four of their last five. The big man tandem of Ivan Rabb and Stephen Zimmerman have started to find their beat. The winner of this one is likely going to lead the battle of the boards, so look for a lot of the action to happen inside the paint.