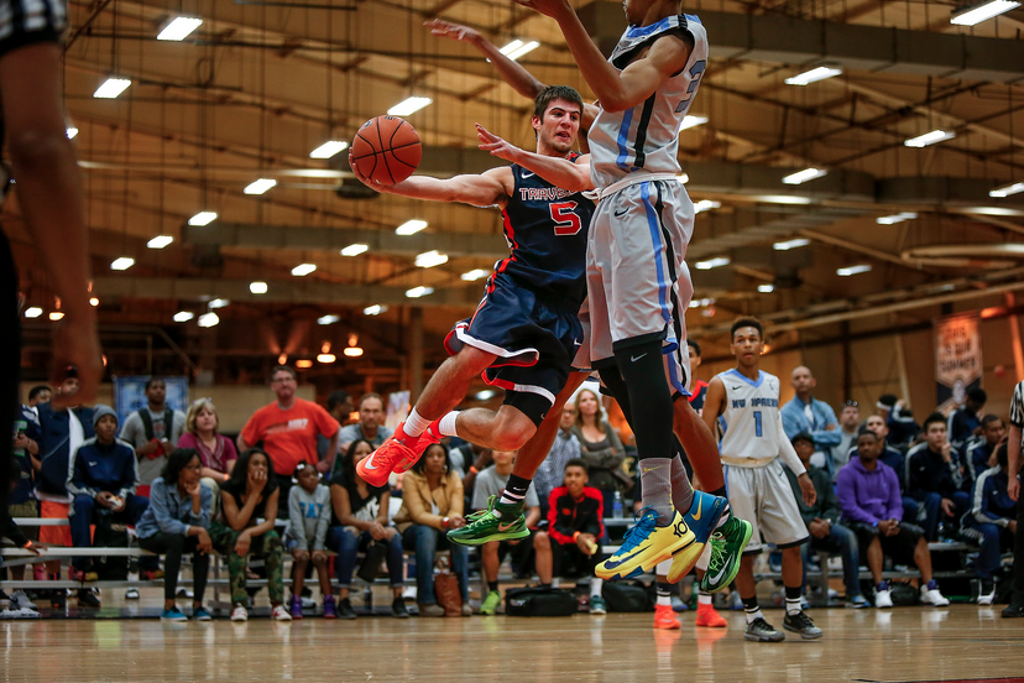 Next up, the Nike Elite Youth Basketball League invades Virginia, home to the Boo Williams program. We've been through two sessions now and teams are beginning to separate themselves from the pack. Halfway through the regular season, there's still enough time for those in back to make a move. Could we see a team make a jump this weekend? Or could we see the best distance themselves from the rest?

As D1 Circuit's new top squad in the latest D1 Power 10 Rankings, Team Final heads into Hampton with a target on their back. Everyone in the league can see just how well balanced they are on both ends of the court, they're going to want to bring them down. The only problem for the rest of the circuit is that Team Final's four opponents this weekend have a combined record of 11-20. It still won't be a cake-walk -- nothing is in the EYBL -- but Team Final could all but seal up a seat in the Peach Jam after Hampton is all said and done.

There was just one team that went undefeated in Dallas last weekend and that was the Playaz. Led by our unanimous Session 2 MVP, Isaiah Briscoe, the Playaz won all four of their games by an average of 18 points per game. In order to keep that hot streak going, they'll have a couple of tough foes to battle with including BABC and Boo Williams. But the Playaz, one of the most efficient shooting teams on the circuit, can ride Briscoe as well as Temple Gibbs Jr. and Myles Powell to another strong session, heading into the final leg of the season.

After the Sacramento session, we were really excited to see BABC go undefeated. There's no denying it: they're underdogs, and even they know it. Unfortunately, they didn't play like underdogs in Dallas and deflated on they're way to a disappointing 1-3 record. If they want to prove to themselves that they're worthy of a Peach Jam berth, they'll have to go through some pretty stiff competition in Hampton, which includes three games against teams over the .500 mark, CIA Bounce, Playaz Basketball Club and Athletes First.

Hoops has gotten off to a rollercoaster start to 2014. They sit at 5-3, and they either win big, or lose big. They found a bit on consistency in Dallas, going 3-1 and setting themselves up for a very successful third session. They face three teams below .500 and match up evenly with All Ohio Red in their most difficult matchup. De'Aaron Fox has done his thing, averaging a team-high 13.9 points per game. They need consistent efforts out of frontliners Samir Sehic (11.9 PPG) and freshman Jarred Vanderbilt. As team team, they will need to pick it up from downtown. Through eight games, they are shooting 32.0%.

Last year, Boo went 4-0 during the Hampton session, so we have high expectations for the hometown blue and yellow. They feature one of the most balanced lineups in the league - five players average 7.0 points per game or more, with Kenny Williams leading the way (16.1 PPG). Edrice Adebayo is one of the most physically-imposing players on the circuit. We look for him to have his way with the frontlines he will face in Hampton, with the exception being a tough test against the Playaz' Moustapha Diagne. We have yet to see a healthy Justin Robinson, so the best of Boo Williams may still be coming. Robinson gives them another playmaking guard to run alongside scorers Williams and Chris Clarke. Will they go unbeaten at home once again? We will wait and see.

After settling into EYBL action in Dallas, Newman should hit full stride during session three. He teams with Quinndary Weatherspoon to form one of the most potent scoring backcourts in the league. We predicted him to be session MVP in our 10 Bold Predictions, so look out for Newman this weekend.

Briscoe will be an MVP candidate in just about every game he plays in until he gets to college. Debatably the most complete guard on the circuit, he took home last weekend's MVP and recorded the season's first triple-double. His productivity opens things up for all of his teammates, and Briscoe knows how to share the wealth.

Murray is shaping to be a top three point guard in the 2016 graduating class. He plays with poise well beyond his years, and pairs it with ideal size for a point guard (6-foot 5, 200). He's a gifted passer and nearly impossible to keep out of the lane. A lot can be said about a team that doesn't turn the ball over. If he is on the floor, CIA Bounce can be confident that they will play under control.

The Each 1 Teach 1 star is fresh of a Team USA U18 invitation, so his confidence will be sky high. As far as pure scorers on the circuit, they don't come much smoother than Blakeney. He employs impressive lift on his jumpshot and is a candidate for a poster whenever he gets in transition. He has some favorable matchups during session three, so he should put up numbers.

We touched on Adebayo in the top games section, but not enough can be said about his importance to Boo Williams. His presence gives them a viable option down low and allows their guards and swingmen to spread the floor. He is fortunate to be around such a stacked roster of guards, and the big man has taken advantage of it. His stock will continue to rise with another impressive session at home.

Coach Antwan Harris and Howard Pulley Panthers is still trying to find that piece to make up for the void that famous alum Tyus Jones left just last season. Utilizing a deep bench, they've held their ground but, up until the session in Dallas, one player has started to separate himself from the rest of the pack. Leading Pulley in points per game is De la Salle point guard Sacar Anim. After putting up just over six points per game in Sacramento, Anim put up big numbers in Texas with 16.2 per contest. Pulley will continue to lean on Anim for scoring, so look for him to have a strong weekend in Virginia.

Right off the bat in the morning of Day 1 in Hampton, we get to see two really strong matchups. The first being Team Final and New York Lightning. What makes this matchup so intriguing besides both teams being ranked in our D1 Power 10 is how different they play. Team Final likes to push the tempo with their offensive-minded backcourt, while New York Lightning runs a tad slower through Desure Buie and big man Jessie Govan. Team Final leads the league in total points to this point but Lightning put up a modest 62.8 points per game. The deciding factor in this game will be forced turnovers. With Levan Alston Jr., Donte Divincenzo and Buie on the court, there's bound to be a fair amount of steals from both squads.

The other strong morning matchup on Day 1 is Southern Stampede and Team Penny. There's not much else we can say positively about Team Penny. They score a lot of points, can beat you in multiple ways on offense and also stand as one of the best rebounding teams on the circuit. But don't sleep on Southern Stampede. Led by Prince Ali, they're second in the league in total points and also rank in the top 10 in blocks per game and now sit at 5-3 because of that. They're not afraid to be aggressive on both ends and push the tempo as quickly as they can run.

A battle of two top-ten ranked teams should be highly entertaining. We will get to see Boo Williams big man Edrice Adebayo go toe-to-toe with Playaz bruiser Moustapha Diagne. Both are elite big men in their respective classes, Adebayo in 2016 and Diagne in 2015. A nice backcourt battle will take place between two of the best scorers in the league, Boo's Kenny Williams and the Playaz' Isaiah Briscoe. Chances are, the winner of this matchup will be rising in the power rankings.